Falconry in Rhode Island is alive and well. While there may be only 5 licensed falconers in the state, it is practiced with vigor and commitment All licensed falconers must pass a state issued test, receive an 80% or better, build a mews (hawk chamber), find a sponsor, and acquire a long list of equipment such as; jesses, leashes, perches, hoods, lures, etc., in order to safely and effectively keep and fly a bird of prey. The Rhode Island Falconers Guild, has represented the state of Rhode Island since 1996, with members attending various events and hearings on behalf of Rhode Island and adjacent states. Most who practice falconry in Rhode Island fly red-tails, though other species such as goshawks, Kestrels, Merlins, Harris’s hawks, are also flown in the pursuit and capture of prey.

Falconry is not pet-keeping and falconers here in Rhode Island pride themselves with this standard. Falconry is hunting. Falconry is also a huge time commitment that demands many hours in near-by and not so near-by woodlots and fields. While falconry has been deemed a “hobby” at times, those who practice the sport, and those who know a falconer, i.e., family and friends, realize it is much more, it’s truly a lifestyle and passion. Currently, there are 4 general and one master class falconers in the state. An upcoming falconer must apprentice for 2 years under a general or master class falconer. Upon completion of the two year duration, a falconer can be signed off (or not signed off) by their sponsor and turn general. The falconer must then practice the sport for an additional 5 years in order to move to a master class level falconer. Most recently, the State of Rhode Island’s Department of Environmental Management, was a tremendous asset in revamping the Falconry in Rhode Island regulations, namely Paul Ricard. Countless hours were spent going over state and federal regulations with Paul and Rhode Island falconers. The end result, were regulations that both falconers and state officials collaborated and agreed on. The end result: As of January 1, 2014, The U.S. Fish and Wildlife Service turned over falconry to individual states; including the State of Rhode Island. These regulations were approved by George Allen of the U.S.F.W.S., thus, allowing Rhode Island falconers the ability to continue the art and practice of falconry. 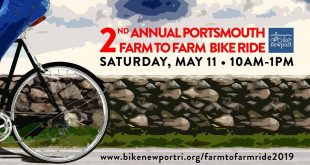 Pedal From Farm to Farm on May 11th! 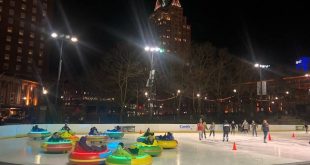 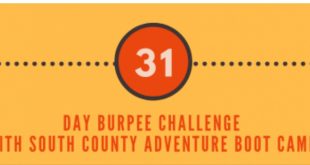 Who’s Up for a 30 Day Burpee Challenge this New Year?

It’s that time of year again…Holiday Festival Time!!! Kick it off right at the Rhode …